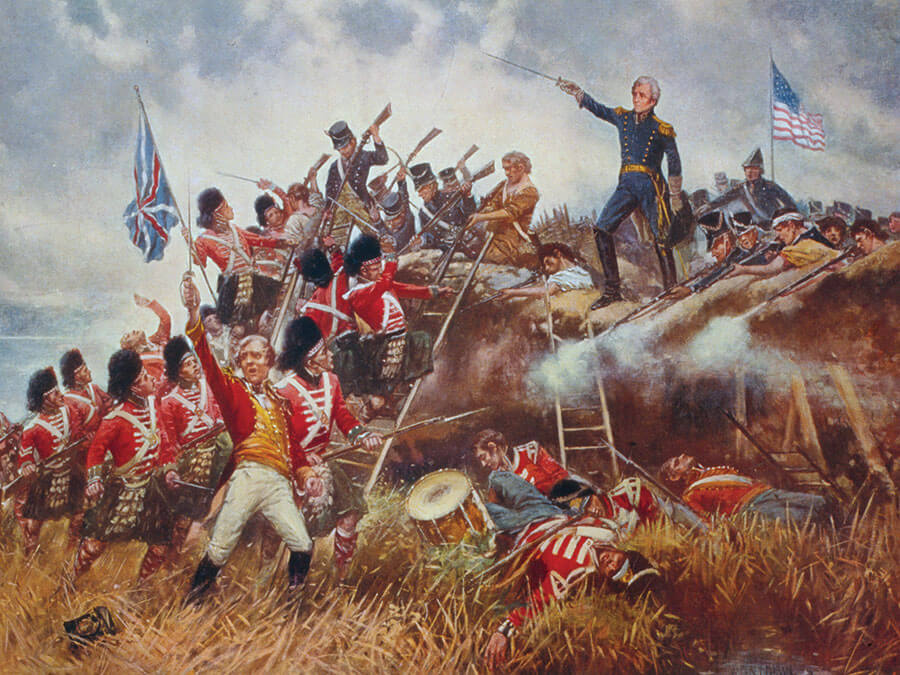 There are about 2.5-6 million Indigenous people living in the US today.

The Native people were the original owners and residents of the land before the arrival of Christopher Columbus. Native Americans are masters of the land and hold plenty of rich knowledge about Earth and its resources.

Unfortunately, we don’t learn much in school about Native American people. What we do learn tends to be told from a European perspective, or the information is watered down. It’s time to change that.

Below are 8 key events of Native American history. Keep reading to discover a richer history of the United States.

In 1756, the Seven Years War, otherwise known as the French and Indian War, started when the English declared war on France. Fighting had been taking place for years between the British and French, but it escalated when the French started expanding into the valley of the Ohio River.

A high point of Native American resistance to the expansion of war and colonization at this time was Pontiac’s Rebellion. Indigenous nations, including Ottawa, Shawnee, Delaware, Choctaw, and Kickapoo, rose up against the control of the British Empire.

After 2 years of bloodshed, the British reconsidered the policies they’d established regarding the Native Americans. This upset the American colonists because they felt the support of their hostility was wavering.

Sadly, the American colonizers became even more hostile towards the Native peoples after the rebellion.

Ironically enough, it wasn’t until June 2nd, 1924 that all Native Americans born in the US were considered citizens. This is ironic due to them being the original owners of US land.

Congress passed the Indian Citizenship Act in 1924. Keep in mind this act didn’t grant Native American people the right to vote in every state. State laws determined their voting rights until 1957.

Before the Indian Citizenship Act was put into place, Dawes Severalty Act held the guidelines and regulations for the Indigenous people. Under the Dawes Severalty Act, the government gave 160-acre land allotments to the heads of families. This was to force Native Americans to become farmers.

This bloody massacre left around 150 Native American people dead. The massacre was a major clash between the people of the Sioux and US federal troops. The clash took place in Wounded Knee- an area located on the Pine Ridge Indian Reservation in South Dakota.

Members of the Sioux believed they could earn back favor by fighting against the American colonizers and rejecting the way of the white man. The famous Sioux chief, Sitting Bull, was killed by reservation police during this tension on December 15th, 1890.

Forwarding to December 29th, 1890, members of the US Army surrounded Ghost Dancers under the guidance of Big Foot. The US troops commanded the Ghost Dancers to lay down their weapons. A fight and gunshot broke out between a Native American and a US troop.

This gunshot resulted in a bloody massacre. Almost half of the Sioux killed in the massacre were women and children.

Many white colonizers hated and feared the Native American people. They viewed them as dirty and as ‘savages’. Americans wanted to ‘civilize’ the Indigenous people by forcing them to learn English and become Christians.

Not only were the colonizers hostile towards the Indigenous people, but they had also become jealous and greedy towards their land in certain areas of Georgia, Alabama, Tennessee, Florida, and North Carolina. It was excellent farming land.

Across millions of acres of the above-mentioned states, thousands of Native Americans were forced to leave their land and homes. This was the land their ancestors had cultivated and worked on.

They traveled to the land across from the Mississippi River. This walk was dangerous, even deadly, for many of the travelers. It became known as the Trail of Tears.

In addition to driving the Native Americans out of this land, the colonizers also murdered many of them, stole their livestock, and burned down their villages.

It’s terrifying, right? Wait until you hear about how the Gold Rush impacted California’s Indigenous people. It’s often left out in school lessons, but it’s a major part of the Native American history timeline.

James W. Marshall found gold in Coloma, California at Sutter’s Mill on January 24, 1848. After hearing the news, hundreds of thousands of people poured into the area in an attempt to find their own gold.

There was an increase in the US economy because of the gold, and California became a state in 1850 due to all of the new settlers. The Gold Rush even helped birth the city of San Francisco.

Many new settlers had brought disease, and the California government was even offering financial rewards for scalping. Thousands of Indigenous children were sold during this time.

This project was a federal program that took hundreds of Native American children from their homes and placed them into mostly white homes in the US. The parents of the children mourned and grieved their absence.

State governments and churches believed they were doing good work by bringing the children into white, religious homes. But it was a violation against the Indigenous people.

In 1791, there was a moment of victory in the Native American history timeline. 900 troops died from the attack of Indigenous warriors.

This victory and well-executed battle plan is often swept under the rug in US history. After 3 brutal hours of resistance in this fight, American troops eventually fled the scene and left their weapons and wounded soldiers behind.

While many historians haven’t viewed this moment as something to talk about in class, it was a major winning moment for the Native American people. This moment shows the strength, honor, and skill of Indigenous people.

They were protecting their land, traditions, and resources from the destruction of American colonizers.

On June 25th, 1876, Crazy Horse and Sitting Bull commanded an army of Native American warriors and defeated US Army troops. This battle took place near Montana’s Little Bighorn River, and it’s one of the greatest moments on the Native American history timeline.

The Sioux leaders fought against and resisted the efforts of Americans trying to push their people onto reservations. Many Native American people had joined Sitting Bull and Crazy Horse because they were forced out of their land after the discovery of gold in South Dakota.

By early 1876, thousands of Indigenous people lived in a camp by the Little Bighorn River. They called this camp Greasy Grass.

George Custer and his troops were sent to look for enemy troops and entered the Little Bighorn Valley, without waiting for backup, on June 25th. Sitting Bull rushed to protect the women and children while Crazy Horse headed straight to war with his warriors.

In the matter of an hour, over 3,000 Native American warriors killed all 600 of Custer’s men, including Custer himself. Because this was such a victory for the Indigenous people, the white colonizers’ anger and hostility towards the native people only increased.

There are plenty of resources online to check out. You may even be able to volunteer on a reservation near you! If you do, volunteer out of respect because ‘voluntourism’ is a big no-no.

Don’t forget one of the best things to do is to listen to Indigenous voices themselves. Listen to their stories, their experiences, and how they’d like you to help.

Above are only 8 moments found in Native American history. There are hundreds more to discover. It’s important to continue educating ourselves on these hidden bits of history.

Between the effects of the Gold Rush on Indigenous people, the Trail of Tears, and the Indian Adoption Project, we are often blind to the hostile reality of US history. However, it’s important not to forget moments of victory, such as the Battle of the Little Bighorn.

For more informational reads, make sure to check out the rest of our site. We offer plenty of reads on everything from home and health to information and technology.