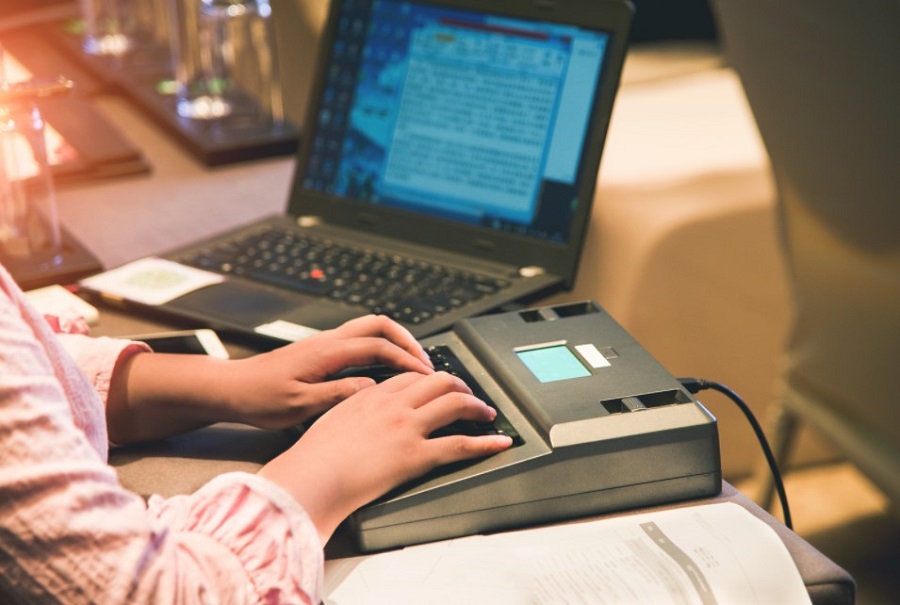 You might have seen it in movies and TV that in a courtroom setting someone sits to the side and prepares records on a machine which looks somewhat like a typewriter. Well, that there is a court reporter keeping notes of all court proceedings. Even though the technology has revolutionized the way things are done, yet the importance of court reporters remains in courtroom proceedings, depositions, and appeals. However, in order to remain relevant, they have to equip themselves with some skills and knowledge. In this article, we have discussed ways of staying relevant in the wake of technological advancements.

Professional Court Reporters have relied on shorthand method for documenting court proceedings for the longest time. It is the most traditional method of keeping notes which was later replaced by stenograph machines. These machines could initially produce only dot-dashes like Morse code. The improved versions enhanced speed and accuracy, where reporters could produce whole syllable by pressing multiple keys at a time. These machines could produce even the whole word with just one stroke. Court reporting has remained open and adaptive to new technologies and methods for improved performance related to legal proceedings. By getting acquainted with new technological advancements, traditional reporters can remain relevant to this profession.

Technological advancements have gained popularity owing to internet which makes it possible to overcome distances and allow live proceeding accessible to people physically present elsewhere. Audio and video recordings are becoming increasingly popular. As per California Judicial Council report, around $44,000 can be saved by courts benefitting from audio and video technology. These advancements are not only more efficient, but cost-effective and reliable too. The reliance on these gadgets raised concerns and even fears that stenographers and court reporters’ need would cease to exist.

The industry has the adaptability to accommodate both technology and court reporters court reporters as they can utilize technological tools to enrich their services.  Computers are becoming more and more portable allowing reporters to carry them around and benefit from sophisticated software. Court reporters can integrate these technologies into their services to offer more enriched services. Stenograph machines can be connected with computers, which translate shorthand into English, and produce text on the screen. Even though videos and audios bring great deal of convenience, the need for court reporter cannot be wiped out because his duties stretch beyond reporting. The recorded content has to be transcribed eventually. This is where the need for court reporter arises.

Court reporters’ duties also enlist usage of “stenomasks”. This means a covered microphone gives input directly to a computer having voice-recognition software, which produces immediate output. This output can contain many errors and mistakes which can be corrected by human intervention. The court reporter cleans up typos and grammatical mistakes for a clean report. The end result is an error-free report. A neat report cannot be ensured without human intervention and supervision. Therefore, court reporters clarify, verify, and proofread the output of voice-recognition software. A sophisticated system cannot record non-verbal communication such as ‘nod of head’ and hand gestures. This is where court reporters become significantly important.