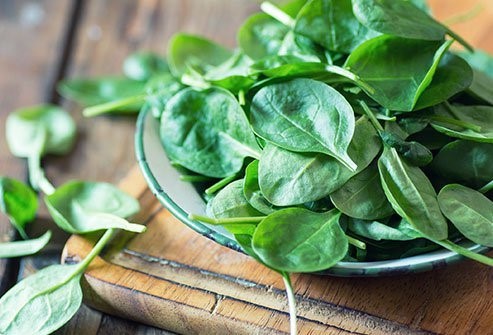 Spinach is a green leafy vegetable with many health benefits. The use of spinach in the cooked and raw form is common around the world because everyone loves to have these green leaves.

However, people don’t know what they are eating as a salad or in their smoothies, is medicine itself.

Yes, spinach cures more than half of your problems, whether related to skin, hair, digestion, heart, or immunity.

Spinach is rich in vitamins and minerals that impart the medicinal nature of its leaves. The vitamins found in abundance in spinach are vitamin B6, C, E, and K. iron, magnesium, and calcium are the major minerals found in spinach leaves along with other minerals in trace amounts.

Some of the problems that you can resolve by adding spinach into your regular diet areas,

Although spinach has tremendous health benefits, you need to eat it in moderation as having an excess of everything is bad and the same is with spinach. Eating raw spinach in excess can cause you the following problems,