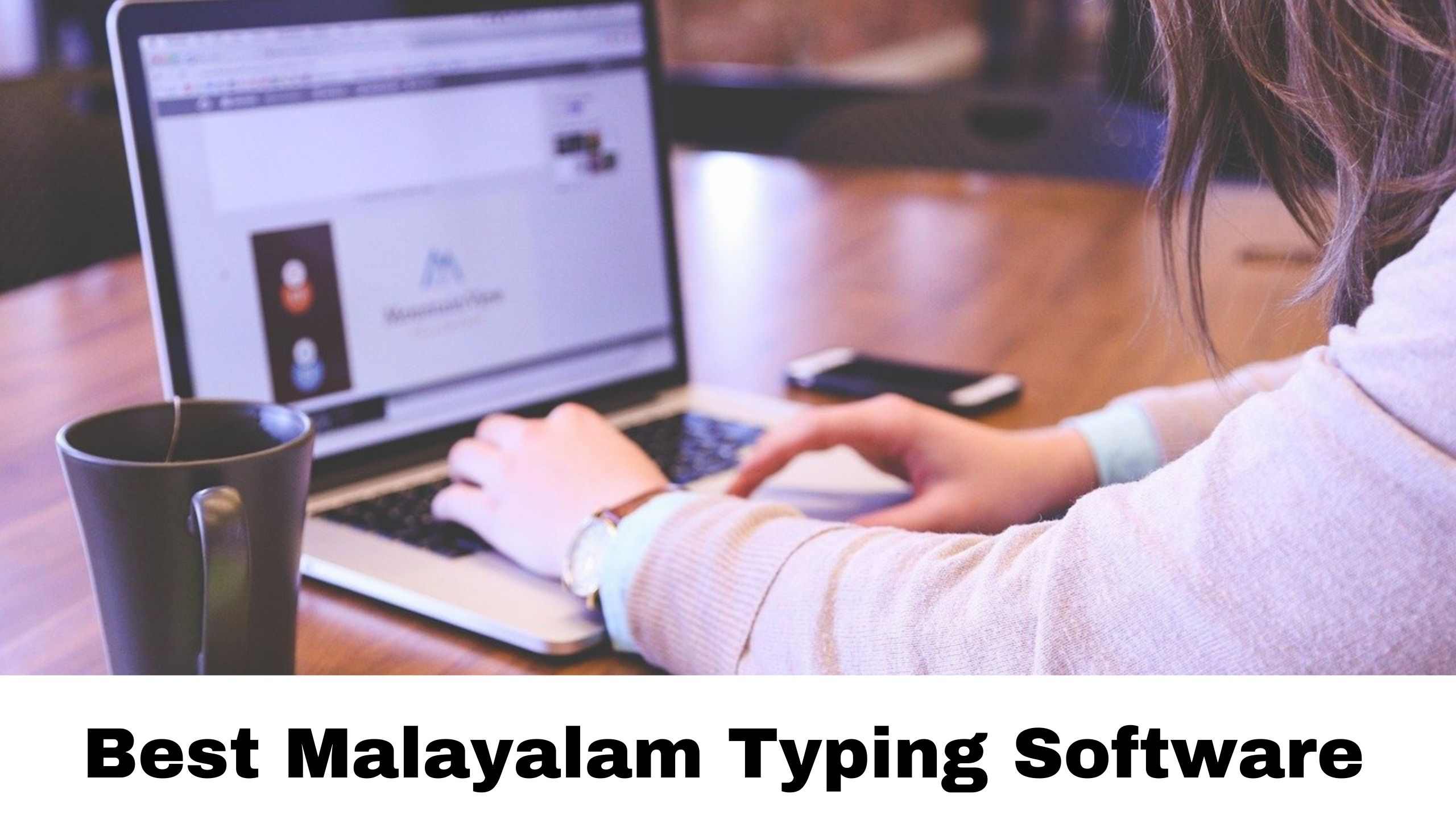 Here we are going to talk about Malayalam Typing Software but before that do you know Malayalam is a very used language in the south region? It has different formal and informal forms such as Mangalish and others, they are mainly a combination of Malayalam and English languages.

More than 38 million Indians of Kerala and the union territories of Lakshadweep are called native speakers of this language.

However, today I came up with some best software for typing this language on your laptop or computer. Malayalam Tying Software is becoming very useful for thousands of users.

So, let’s explore some best applications in this post.

ISM Malayalam is free Malayalam typing software developed and controlled officially by the government of India.

You can use this application for Malayalam typing but besides that, it can be used for typing any Indian language from an English keyboard. By just turning on your preferred language you can start typing on any Micro-Soft software.

However, for typing Malayalam, this platform itself suggests Typeit! which I have discussed in this post as well.

You can either copy-paste your content or just extract the document file to change the content into Malayalam. Overall, it is an upright platform as ISM Malayalam Typing Software.

Varamozhi works as a transliteration for your computer. Nowadays, people are looking for smart applications for their work, for them using this one can be proved best.

This software includes different sets in it, these sets come together in your computer and works as complete software. By using or enabling this software on your computer your system can easily read and write the Malayalam Language.

Besides Malayalam, this software is also applicable in the Mangalish language. Both languages can be used on your computer without any issue.

All versions of this software are free of cost!

If you are looking for Best Malayalam Software for windows that hold high performance with reliable usage then you must checkout Keymagic for once! It is trustworthy software for this purpose which is used by thousands of south Indians.

Here you are going to see an exclusive keyboard with unique fonts.

Once you start using this application, the Unicode keyboard can be changed anytime by you. You can edit or map the keyboard layout as well.

For users who are wanted to type or edit their documents in Malayalam, they must checkout Type it!

The best part of this software is its modest interface and usage.

You can also copy-paste the content and convert it directly into the Malayalam language. Several tools are also present in it which will help you throughout your work. For me, it is one of the best Malayalam Typing Software on the internet.

Some Important Question about ISM Malayalam with Answer.

Question – How do I use ISM in Word?

Question – How can I type Malayalam in computer?

Question – What is meant by enable ism?

Question – What is ISM publisher?

Question – What is ISM mean in slang?

Question – What does ISM mean in religion?

Answer – It means “taking side with” or “imitation of”, and is often used to describe philosophies, theories, religions, social movements, artistic movements, and behaviors.

Question – How do I use ISM software?

Answer – On right-clicking the ISM Software icon from the system tray will open the settings menu from where the ISM settings like Open ISM, Enable/Disable, Keyboard Type, Language, Switch key, Font Type, and Exit ISM could be changed.

Answer – The first one is simple, just extract the file anywhere and run the application. The second and third file is installing software, download the exact type of software on the basis of your system configuration.

Question – What is an ISM publisher?

Question – How do I open an ISM file?

Answer – Ism file is created when you are using Install Shield, just after the second capture. So if Install shield is installed on your system, and you double click on that ism file it will open and after that you can build and create the ISM file.

Question – How do you add ISM in Word?

Answer – The suffix ism is always added to the end of a noun and a word with a –ism suffix is also always a noun.

Question – What is ISM in the computer?

Answer – ISM from C-DAC GIST is the acronym for Intelligent Script Manager. ISM Malayalam Basic is the latest addition to the popular family of ISM products from GIST Research Labs. Using ISM Basic is the easiest way to get started with Indian languages on your personal computer.

Friends Malayalam is a language that is spoken and written in a limited area. This language is used in the South of India, due to which the people of North, East, West are quite unhappy to understand and write this language.

For this reason, this ISM software is used to convert the English language into the Malayalam language. So that any new person who goes to this area for the first time has no problem in writing the notes of that language.

Although this software is mostly used for office work, in today’s time, most people are using it in their lives. And This software work also same as Manglish to Malayalam software and I covered this topic in our Article.

The most craze to use it is because this software is completely free and running offline. For this reason, everyone wants to do this Ism Malayalam Typing Software.