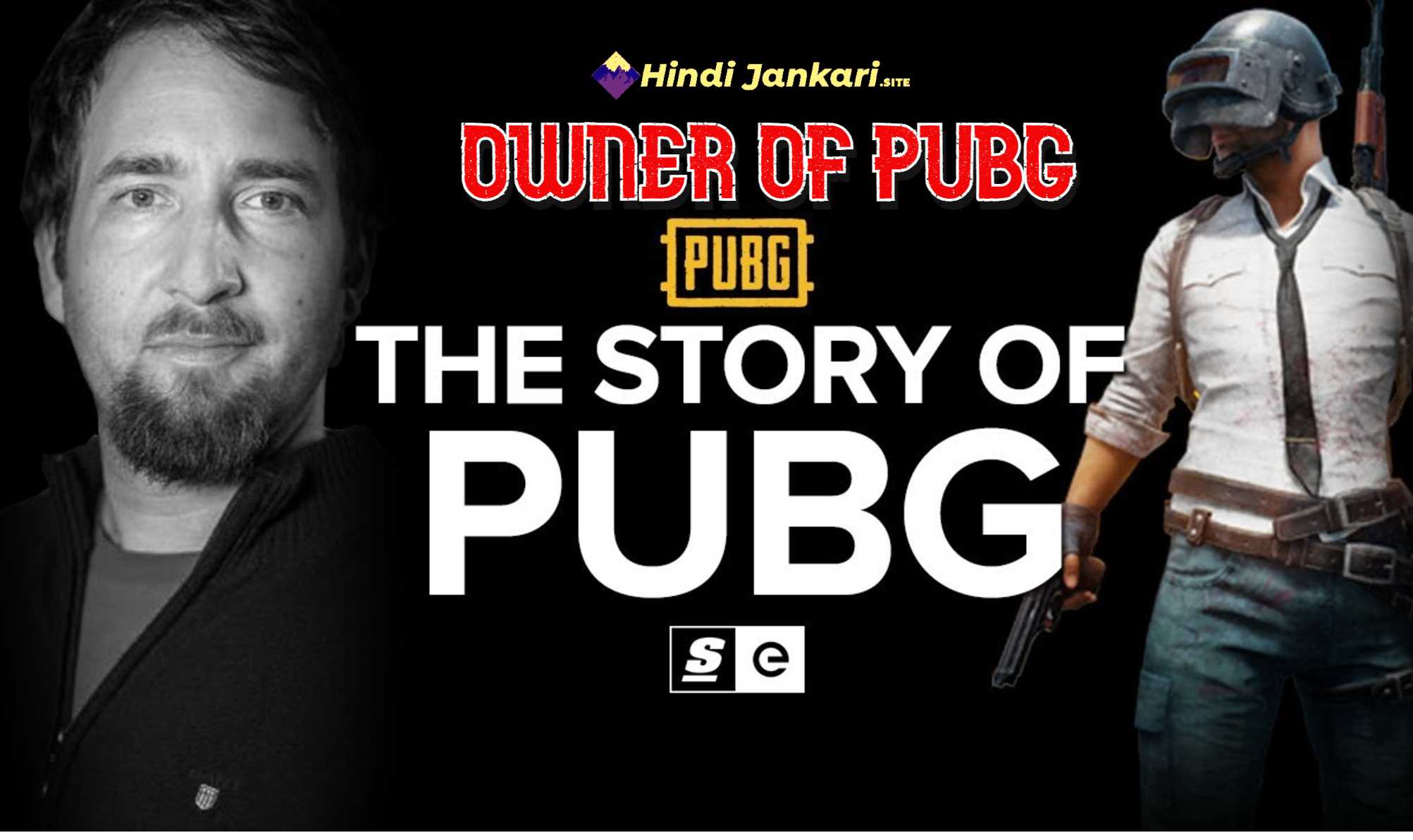 PUBG has been banned in India, but right now there are many questions related to it which we need to know such as who is the owner of PUBG Game? That is, who owns the PUBG? And in which country is made it first? Today, we will get detailed information about the history of this popular mobile game and also learn about the main reason for getting banned.

Often you will have seen on News and YouTube that PUBG is coming back and soon you can download it from the play store. But there is still no confirmation update about the PUBG game, so in this case, you will have to wait a bit for the confirmation update about it, but we all know that the PUBG game has been banned due to Chinese stamp but Who is its original owner? Know about it.

Who owns the PUBG Game?

Ownership can be bought by anyone, but it is important to know that the idea of the PUBG game has come to mind first and who has created the first version of it and is the original owner. The concept of the PUBG game first came to the mind of Brendan Greene and it has already made a popular game ARMA 2 mod DayZ: Battle Royale.

Although Brendan Greene is a graphics and web designer by profession, But his interest in royal battle games helped us in giving the idea of ​​the world’s most popular game. Brendan Greene is a resident of Ireland but he has also spent some time in Brazil and he got the idea to make a PUBG game and then he learned programming and launched PUBG 1st version with his team.

But before this, Brendan Greene has worked with many gaming companies and he worked with Sony online entertainment until he got a call from South Korea’s gaming company Bluehole (Krafton) and that started the journey of PUBG Corporation.

Three companies Lightspeed & Quantum, Crofton and PUBG corporation together formulated a stable version of PUBG, then published it all over the world by China’s company Tencent and VNG Game, and Brendan Greene is associated with it as a director.

Now the question comes to your mind that who is the owner of PUBG? Brendan Greene devised the concept but who is its main owner.

So the answer to your question is Chang Han Kim and this is also the CEO of PUBG corporation at this time.

That is, two owners of this game are Brendan Greene who first created the concept of the PUBG game and Chang Han Kim who made this game most popular in the whole world and earned crores of rupees from it.

When did PUBG release?

The first beta version of the PUBG game came in March 2017 and after that, it launched different versions for Computer, Mobile, and Console which means PUBG was first released in 2017, and then only then its entire version came into the market.

Bluehole first released PUBG game for computer with 80000 users in March 2017, then it was released with more logo due to its popularity and also added live stream and some server live to game. Dug for

PUBG was first launched at the end of 2017 with Xbox One on Console i.e. gaming console. Green team and Microsoft together made it compatible for Xbox and after 2017 released its improvement version and PUBG corporation released it to Sony Play station 4 But released it.

PUBG Corporation and Tencent games together first released two mobile versions PUBG: Exhilarating Battlefield and PUBG: Army Attack and it was released for free gaming in 2018 and first 75 million people pre-registered it and know it all Has been the most popular PUBG mobile in India.

Friends, hope you understand that who is the owner of PUBG? (PUBG owner) And when this game was launched, at the moment this game has been banned in India because of Tencent games because it is a Chinese company and the Indian government is banning all Chinese mobile apps from India. What do you think about it?